Did you learn to play disc golf in a National Park? Tell us more…

I played my very first round of disc golf with my brother in Easley, South Carolina. He bought me

my first discs, an Innova Aviar, and JK Valkyrie. I honestly don’t remember enjoying that first

round I played with my brother and his friends. They were throwing further and better than me

and being the competitive person that I am it was incredibly frustrating. I am, however, forever

grateful to my brother for those first discs that changed my life. I use that first frustrating

experience now to encourage new players to stick with it, letting them know that we’ve all been After that first round in South Carolina, it wasn’t until I started working in Yellowstone National

Park and playing with the other employees on the Mammoth, Canyon, and Old Faithful courses

that I got hooked on the game. At first, it started just as a way to get away from the guests in the

evenings, have a couple of beers, and relax. Then it became a healthy obsession, playing disc

golf is all I wanted to do. I joined the PDGA from Yellowstone National Park in August of 2007

package. I traded my member disc for a water pump, but such is life living in a national park.

You are a co-founder of Throw Pink, can you give us the basics of the Throw Pink

program? Who can run one, how and why should everyone run a Throw Pink event?

I founded Throw Pink in 2013 after running my 3rd Magnolia Open event in Appling, GA. At The

Magnolia Open each year we pick a charity and raise money for it during the event. This

tradition started with Karolyn O’Cull and Addie Strozier, who started The Magnolia Open in My first tournament running experience was with the Columbia Disc Golf Club in South Carolina. I

helped create and run Throwing for Tomorrow, a charity event that helped the Dickerson

Children’s Advocacy Center. I went to the University of South Carolina and majored in

Psychology with the dream and hope to make a difference in this world. When I got out of

school, I worked at a battered women’s shelter before joining Americorps. Throw Pink is a way

for me to combine my passion for giving back and making a difference with my love of disc golf. more physically active through the game of disc golf. The program was established to make a

Anyone can run a Throw Pink event. It is fun, easy, and your community will thank you for it. If

anyone would like more information, please email me at [email protected].

Imagine this: You are playing a 3 round tournament, you can have a song played on

your first hole of each round, what 3 songs would you choose?

These music questions are the hardest ones in this interview. Picking a song is like picking my

favorite cat, impossible. In the interest of not prolonging my answers any longer, I’m going to

sidestep this question entirely without picking three. I will say that during the 2012 USWDGC,

the year I won Advanced Women’s, the Brandi Carlile album, Bear Creek, had just been

released, and I listened to it throughout the competition. I don’t listen to music anymore when I

play, but now that I’m thinking about it, I haven’t won anything since I stopped listening to music.

I just discovered something about my game here. Thank you, Ladies First Disc Golf! 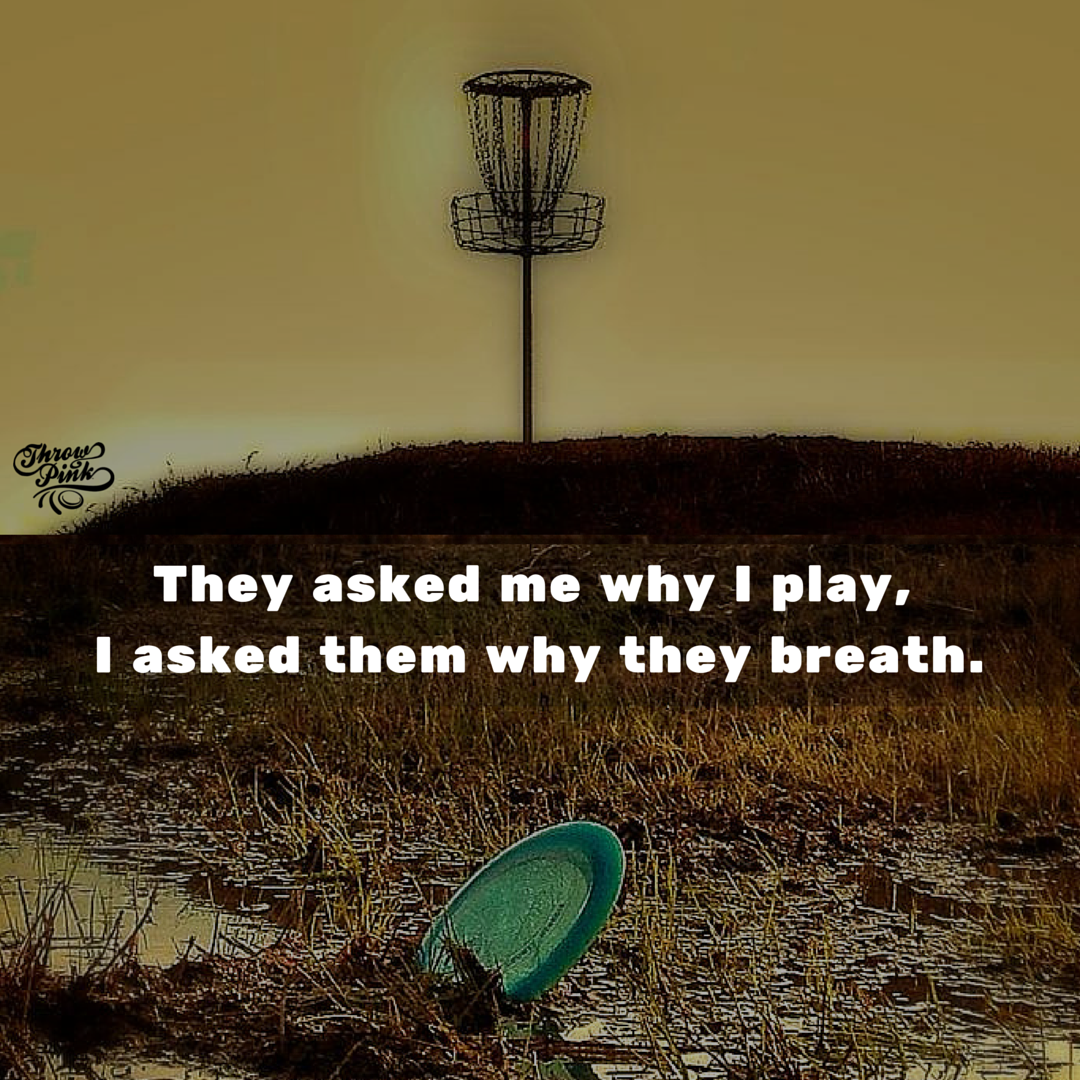 What is your favorite Grateful Dead song?

I love the Grateful Dead. I always have thought I was born in the wrong generation. I’ve been

listening to The Beatles, Dead, Joplin, Hendrix, Dylan, etc…since my early teens. I can’t pick a

favorite. I just can’t do it. I will say these days I’m more into the ballads, Stella Blue, Must Have

Been the Roses, Ship of Fools, He’s Gone, Attics of my life…

I honestly love every Grateful Dead song, so it’s impossible to pick.

Franklin’s Tower, Sugaree, Mama Tried, Dire Wolf, Monkey and the Engineer, and China Cat Sunflower are in my top 10 for sure

In my early 20s I would have listed the Dark Star > Drums> Not Fade Away > Going down the Road >Drums blah, blah, blah…

but I just can’t take a 45-minute jam session these days, I’m over it. Maybe it is music A.D.D. either

way, finish the song already. I’m sure I’ll get a lot of snubbed noses from Deadheads for that last

statement, but I don’t care. I bet I have more books, live show cassette tapes (yeah I just dated

myself), and CD’s than a lot of those people who are snubbing their noses at me:)

Your career has provided opportunities to travel to many of the states for events. What

states will you be traveling to in 2016 for disc golf?

I will not be traveling as much this year as I have in the past, but I will be playing my favorite

on my disc golf bucket list since it started and this year will be my first year I can make it. The

USWDGC will always hold a special place in my heart. It was my first big event in 2008 that

helped start my love for competitions.

event for women all around the world. 2016 saw it’s participation numbers rise to new levels

with 1400+ ladies competing, what number would you expect to see for the 2018

I expect to see the Women’s Global Event growing steadily every year in participation numbers.

The WGE is groundbreaking in its approach to increasing women’s involvement in disc golf. I

played in Chuck Kennedy’s event, the first Global ratings event in 2011 before we started the

WGE and what inspired the creation of the WGE. I remember that first feeling of how cool it was

to see my score on a long list of women from other states and countries. Ha! Tough question. I love beer and like trying new beer so I would hate to limit myself to one.

The obvious choice is Bevel Craft Brewing started by two Disc Golf World Champions, and they

have a good IPA! What state or country would you like to travel to most, that you have not yet visited?

Australia, Ireland, and Scotland have always been at the top of my must visit places, as far as

disc golf courses go, I would love to play:

You are a PDGA consultant, member of the PDGA women’s committee and former

PDGA membership manager, therefore you have been highly involved with all things

PDGA for quite sometime. In your opinion why should a person become a PDGA

member or renew their PDGA membership? Memberships Manager. I believe in supporting what you love. I joined the PDGA before I even

knew about tournaments, $10 discounts, and player ratings. For me, it was about being part of

an organization that was supporting the growth of the game. I have a JFK “ask not what your

in me, makes supporting what you love a clear choice. I started freestyling (I’m terrible) a few

just makes sense to me. With that said, to break it down for the “what’s in it for me” crowd. The PDGA is the governing

body and as their numbers grow the recognition of disc golf as a legitimate sport will increase.

The PDGA does more than just enforcing rules and sanctioning events. The organization has

initiative, to name a few. As Dan “Stork” Roddick PDGA # 3 recently said for an article on the

PDGA website, “All we can do is continue the push to introduce this amazing sport to more and

more people. And we will. We ALWAYS will.” As a member of the organization, you are part of

the driving force behind disc golf growth. I look forward to the day that I meet PDGA number

organization, and you don’t agree with their approach to the game, I say that’s, even more of a

reason to join. If you don’t like it, do something about it. Become a member so you can vote in

elections, run for the Board of Directors and make the change you want to see in the